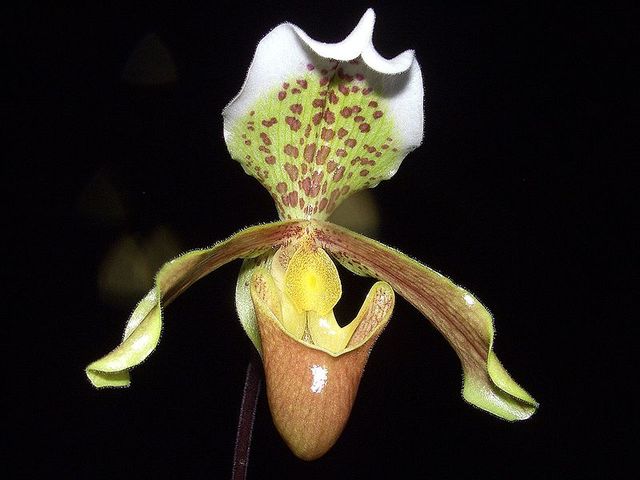 Paphiopedilum insigne is restricted to the Himalayan region.

Orchid Growing Regions Around the World

Orchids find mention in many ancient texts. However, the modern world rediscovered them in 1800’s, when British explorers came across these beautiful plants in the forests of their colonies in South and South East Asia. Many of these were collected and sold in England at quite high prices. Specimens were also placed in the Kew Gardens in United Kingdom.

In the beginning, it was thought that orchids existed in the forests of Asia only, but with the passage of time researchers and explorers discovered them in other tropical, sub-tropical and equatorial regions of the world. They are found in all types of climatic conditions and habitats, except perhaps in the deserts and the Polar Regions. Though, orchid hot spots are mostly located in the tropical regions, rich diversity is also observed in equatorial and sub-tropical regions.

The orchid distribution and diversity being highest in the tropical rain forests, shows a decreasing trend as we move away towards either hotter or colder climates. Orchid distribution can be pan-tropical and/or pan-continental, or they can be endemic to a particular area. Endemic species are those orchids which are restricted to a particular areas e.g. Cypripedium bardolphianum is endemic to Africa, Cypripedium roseum is restricted to China, Paphiopedilum insigne is restricted to the Himalayan region, Agrostophyllum latilobum is endemic to Java(Wikipedia). Degree of endemism of orchid species varies according to a number of factors; namely, method of seed dispersal, climatic conditions at the time of seed dispersal, location of the plant and/or human habitation in the area of growth, to name just a few.

Many orchids have trans-continental distribution, i.e they grow in more than one continent, like Vanilla which occurs in three continents of tropical Asia through Latin America to Equatorial Africa. Wider the distribution of a species, the better is its adaptability to a large range of habitats. The availability of epiphytes, terrestrials and saprophytes probably depends upon the frequency of rains.

Presently, the diversity is decreasing even in the orchid rich area. I have read about individual trees laden with more than 20 orchid species! But within a span of ten years, since it was reported, I have never come across such orchid laden trees even in the orchid rich areas. Mention of orchid laden trees now seems like a myth, though I did see huge bunches of single orchid species, like Acampe papillosa, Cymbidium aloifolium etc.

Going by the present trends, protect the orchid that you have because if we don’t conserve and reduce the pressure on the natural populations, they too may go the way of the dinosaur….