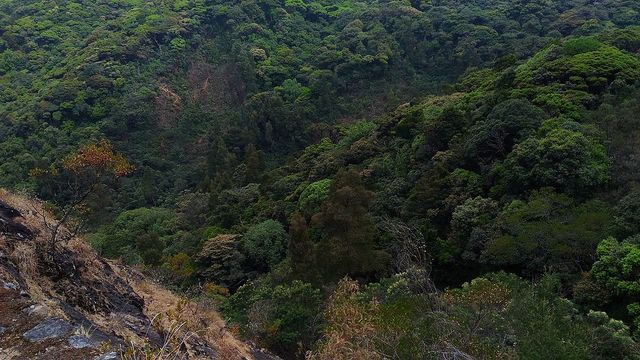 Wild Orchids - Not for Orchid Growers

Conservation is now an important word, the world over. We have finally woken up to the plunder of our environment. But are we doing enough? I really do not think so. Let alone the dialogues at international or national levels, individually too a lot remains to be done.

Take my case, for instance. Even though, I have been studying about conservation from school times, but still I have not actually followed the rules in totality. It is one of those mistakes that I wanted to share with you.

This is about the time when I was involved in a research project on orchids, in a tropical rain forest. In this project, I had to identify and catalogue the orchid population of that area.

So what did I do
As I had to make regular trips to the forest, I would get together a group of five to six men. I would often include a forest guard, so as to avoid paths frequented by elephants. But the danger lurked not just in form of four legged animals, the forest was infested with the two legged animals (man!) also. So, I believed in 'the more the merrier'.

My mistakes
• Our group would go orchid hunting into the forest with scant regard to the undergrowth.
• When an orchid was sighted, I would ask the climber to take it down. He would then uproot the entire bunch from the tree. In case of terrestrials, I would pull out two or three plants.
• Sometimes, due to lack of knowledge, I would take down an epiphytic fern or a liana. Sadly, I did not pay much attention to these plants once these were identified as ferns or liana. Most of the time these perished.

What I should have done instead
• Instead of five or six persons, I should have taken along just two. Also, at that time I was not aware that trampling the ground near the wild plants could kill them.
• Instead of uprooting the orchid, I should have just clicked the photographs. For procuring the plant samples, forest nursery was a better place. This way, I could have avoided the loss of other epiphytes also, which were mistaken for orchids.

Though, with time I did realise that my lack of knowledge is hampering the project. So, 'King and Pantling' would also travel with me to the forests.


What I never did
• I never left behind any kind of plastic waste inside the forest.
• Apart from orchids and other epiphytes (due to lack of proper identification), I never brought back anything else from the forest.
• Unlike the local people, who organised picnics with barring music; we never creating any kind of disturbance within the forest.
• We usually kept to the forest areas adjacent to the paths laid out by the forest department. I was not allowed to go into the core areas of the forest.

All said and done, I do believe that to enjoy a plant, it is best to see it grow in its natural environment. No harm in searching orchids in wild, but do not bring them home. You might just end up killing them as well as your other plants. What if these wild plants are inflicted with some wild diseases or pests?

Now when I go to purchase orchids, I always inquire on how that particular orchid was obtained. I never buy an orchid brought from the forest. I would appeal to the readers, especially in orchid rich regions, please do not to bring home species from the wild. To beautifying your homes or offices, check out the local nurseries instead. They will surely have the orchid you are searching.

We have just one world. Conserve it! Save it!