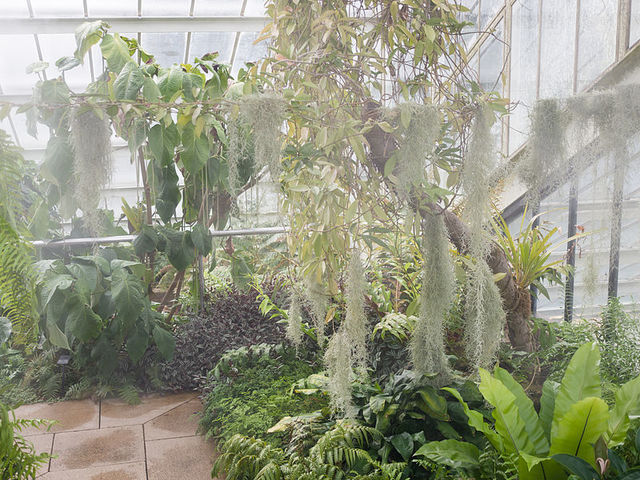 Most orchid growers have lost their favourite orchid/s mainly due to lack of skill or knowledge. Let me share with you (in a series of articles), the mistakes I have made while growing orchids. The first major mistake was when I did not pay proper attention to the humidity levels.

Orchids can be called the delicate-hardy plants. Hardy because they can grow in all sorts of environment. You can have fairly healthy orchids, if their four basic needs (water/humidity, temperature, light and air circulation) are adequately taken care of. Any deviation in supplying these basic needs can kill the orchids. So, they are also delicate.

How it happened
When I started with orchids, I was able to collect eighty four orchids. Most of which were epiphytes and a few were terrestrials. I had them growing on coconut husk tied to branches (cut mostly from the Guava tree). I was religiously watering once daily in summers and thrice in a week in winters.

Then we moved to a cooler, but much drier city. Lack of space and manpower forced me to place my orchids and other plants on someone else’s driveway and terrace. A hired help was asked to take care of the plants. As it was summer time, he was asked to water the plants at least once in the evenings.

To overcome the reduced watering frequency and humidity levels, I placed the epiphytic orchids in cane baskets lined with dried leaves (not same as leaf mold). The orchids were then covered with coconut peels. This, I thought, would be sufficient to hold enough moisture for the orchids to survive. The terrestrials were grown in pots filled with garden soil. I made sure that orchids, in particular, did not face direct sun.

Sadly, this was not enough to save the orchids from the dry summer heat. By the time summer was over, most of my orchids had vanished. The hired help was probably throwing away the orchids which had succumbed. Finally only couple of terrestrials and epiphytes survived.

The surviving orchids were Cymbidium aloifolium, Rynchostylis retusa, Arundina graminifolia and Phaius tankervilleae. Out of these, I would vote for Phaius tankervilleae, the ‘Nun Orchid’, as the hardest. As, I decided to give all the surviving orchids to my friend, whose terrace I was using; miraculously, the ‘Nun Orchid’ orchid is still thriving!

The lesson I learnt
• You need to know how that orchid's grows in wild to decide on how to grow, which medium to use, how much light and water to give, which fertilizer regimen to follow, what temperature to maintain.
• Though orchids belong to the same family, yet each orchid genus is different, with unique requirements. So never club them together.
• Humidity is a very important factor for the orchids, they need a zone of higher humidity around them. Further, coconut husk and dried leaves are not sufficient to hold moisture if the climatic conditions are on the drier side. So, choose the growing medium carefully, keeping in mind the present climatic conditions.