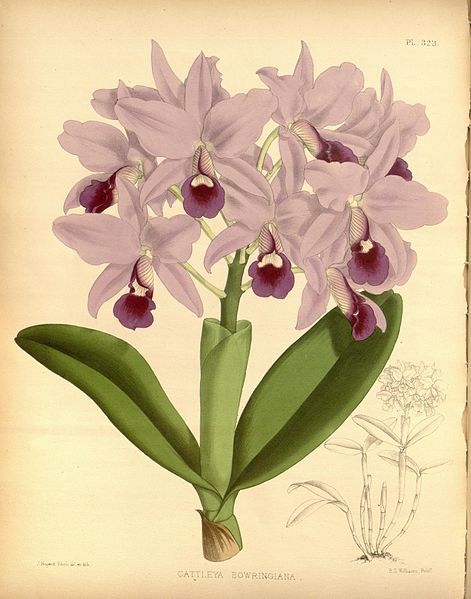 Plants, including orchids produce scents as an aid to pollination. Many of the orchids employ scent production as bait or a deception tactic, producing scents similar to female insects. Male pollinating insects get attracted to these orchids and while they are trying to copulate, the pollen gets picked up. A particular type of bees collects chemicals from the fragrant flowers to make a particular scent of their own and then use it for mating displays.

Orchids produce many different types of scents. Most famous of orchid scents is Vanilla. There are orchids with citrusy, floral and even pungent smells.

It is not necessary that the orchid which was producing scent in the nursery, will be producing that same scent at your home. The Rynchostylis retusa which I had picked up from a tree was producing a strong citrus-like scent, but when I placed it in my orchidarium, the scent reduced many fold. For next two seasons no scent was produced, but in the third season I did detect a mild scent from that orchid. This was probably the reaction of the plant to the changed growing conditions and an absence of pollinating insects.

I have compiled a list of fragrant orchids. How they smell I do not want to describe that because my smell powers may be vastly different than yours! You can check out the orchids list below, whether they are to your taste (or rather smell!) or not.