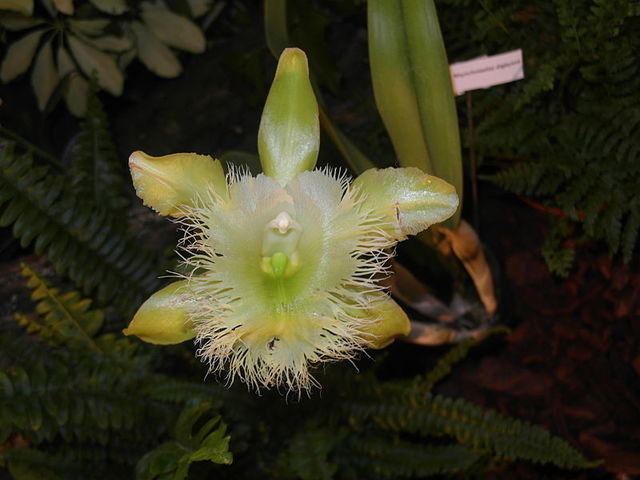 Inspiration can come from all sorts of things. The greatness lies not in seeking fame but in continuing the effort and doing your work with conviction. We are surrounded by talented people. Only a few make it to the limelight, while many remain unsung and unrecognised. However, internet has brought to fore many of these unknown people. I have been inspired by lot of my readers who have been communicating with me through my articles here on ‘Orchids’ site.

One such person is Ariel Valencia. Some time back I was in communication with him. I was impressed by his efforts on conservation of animal and plant life of Mexico. A lot of different views are circulating around on the subject of conservation. Most of the talk on conservation is focused on government intervention, requiring a lot of funds; like setting up nature reserves, germplasm banks/libraries, as well as trying in-situ or ex-situ conservation. There are, however, other more individualistic ways of conservation, such as generating awareness through drawings and photographs.

That is what Ariel has been doing. My contact with him started when he sent me photographs and hand drawings of Orquidea rhyncholaelia digbyana. He sent me a few of his other illustrations too. I was highly impressed and was compelled to ask what about his work. I got to know that he paints and takes photographs of plants and animals. The photographs that he sent were those of orchids and insects. He had taken down every intricate detail of the specimens.

Highlighting on conservation of threatened and endangered species, he is working to bring awareness of the natural wealth in the general public in cities. Through his illustrations, painting and photographs he aims to bring conservation to fore in an aesthetic way and help save these plants and animals from extinction.

Ariel informed me that his work has been put on display in exhibitions and has also been sold in galleries. He has published his work in diverse catalogues as well as in scientific journals. He summarizes his work as a way to express the essence of a subject; be it an insect, a plant or an animal in such a way as to familiarize it to the common man. I hope to see more of his beautiful work and wish him all the very best for the future.

Time has no master, yet it is slave to those who respect it. It is definitely the time to wake up to the fading glory of our planet. We need to save it and appreciate the efforts of those who are working to save it.