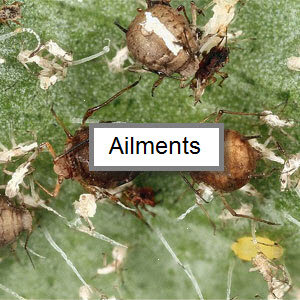 Many of us (the orchid growers!) have faced a situation when the leaves of orchids start turning brown. It is a scary situation, the leaves either fall off after turning brown or shrivel and die. What do we do? Orchid leaves can turn brown due to a variety of reasons and causes. Given below is a short list of how and why the leaves get the brown colouration as well as the prevention and cure.

Types of browning in orchid leaves
1. Leaves start browning from the tips, this can be caused due to a number of reasons.
• The leaf tips turning brown first and then drying out could be because the roots have stopped functioning, i.e. absorbing water. Roots could have rotted, sunburned, or infected with pests or disease. Insufficient watering leading to dehydration can be another cause of roots getting damaged. Remove the damaged roots to revive the orchid.
• Sunburn can also cause leaves to turn brown. It is the likely cause if the leaves turn brown and brittle. They may also turn pale before turning brown. In this case shift the orchid to a shadier place away from direct sunlight.
• Another cause of leaf tip turning can be salt deposition, either due to over-fertilization or by using hard water for orchids. Salt deposition can be detected by examining the potting mix and leaves for any white traces of salt. In case, you find salt deposits then flush the potting mix and your orchid with pure water and reduce the fertilization frequency and concentration. Hard water can also cause salt depositions, so if your region gets hard water supply, then use RO water or rain water whichever is possible.
• Fungus infection also causes browning of leaf tips. We can differentiate leaf tip browning from another causes by observing other symptoms of fungal infection, such roundish rings or elongated patches of gray/brown on the rest of the leaf. You can spray a fungicide, decrease the moisture as well as temperature around the orchid while increasing the amount of available light.
2. Leaves turning yellow followed by their rim or margins turning brown, it is most likely because of wrong watering practices .i.eeither over or insufficient watering.
3. Brown spots appearing on the leaf blade could be because of some infection, particularly fungal infection, which causes small ringed spots. If there are soft brown spots, then it is most probably bacteria to blame. Over watering and lack of air circulation are main causes of these types of infections. Remove infected plants parts and repot in a well-draining potting mix with plenty of air circulation.
4. Leaves first turn yellow then brown and eventually die. This is possibly due to fungal infection or less-than-adequate/over-watering watering. Remove the bad or rotted part and repot the orchid in a clean potting mix. Allow the potting mix to dry completely before watering again.

By taking remedial steps early on there are better chances of saving the orchid and drastic measures can be avoided. Use chemical fungicides/bactericides should minimal, instead maintain a healthy environment with good air circulation.