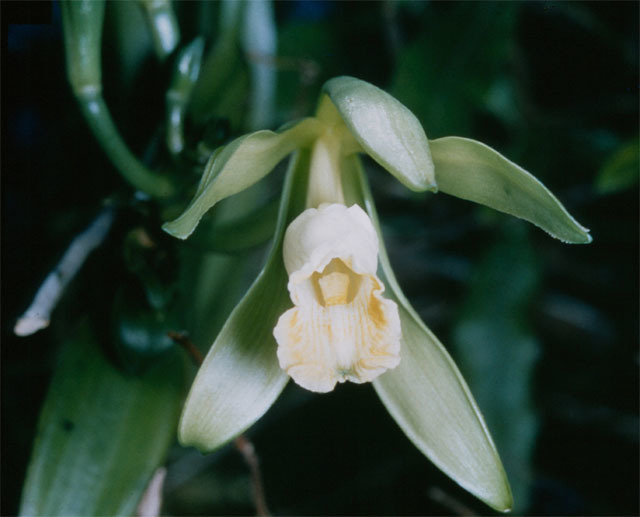 Somebody says ‘Orchids’ and we picture beautiful flowers, but it is a fact that orchids have been used as food and medicine since centuries. In the tropics, where orchids are found in abundance people have been using these plants in food, not only for their own use but also for their cattle. In recent times, the most famous orchid used in food is Vanilla. The fruit pods of which are used as a flavouring agent and Vanilla Essential oil is said to have many medicinal uses, such as it being anti-depressant, anti-oxidant, anti-carcinogenic and an aphrodisiac. A Brazillian orchid, Leptotes bicolor, is also used as a flavouring agent and sometimes used as an alternative to Vanilla. The bitter tasting Cymbidium hookerianum is consumed as a spice in Bhutanese cuisine.

The pseudostems of some Dendrobiums are stir fried in Asian countries. In Japan and Singapore these are used to make sauces. Some flowers (Dendrobium orchids) are eaten after they are dipped in a batter and fried.

Aborigines in Australia have been eating pseudobulbs of Dendrobium kingianum and other orchids like Gastrodia sesamoides (eaten roasted), Dendrobium speciosum and Caladenia spp. can be eaten in case hikers get lost in the wild! In the US, some Dendrobium flowers are sold as edible food decorations.

Many orchids are not eaten straight from the plant, but are treated first. Some are sun-dried then powdered and then soaked in hot water to be drunk as tea. ‘Salep’, a popular drink in Europe and Asia, is made from dried and powdered Orchis tubers. Salep powder is also used in making ice-cream, confectionery and beverages.

In African countries, tubers of Disa, Habenaria, Satyrium orchids are used to make a meatless sausage called by various names like ‘Chikanda’.

A point of caution: Wild populations of many orchids mentioned here are now either threatened or endangered due to unsustainable gathering and trade of these orchids is illegal.